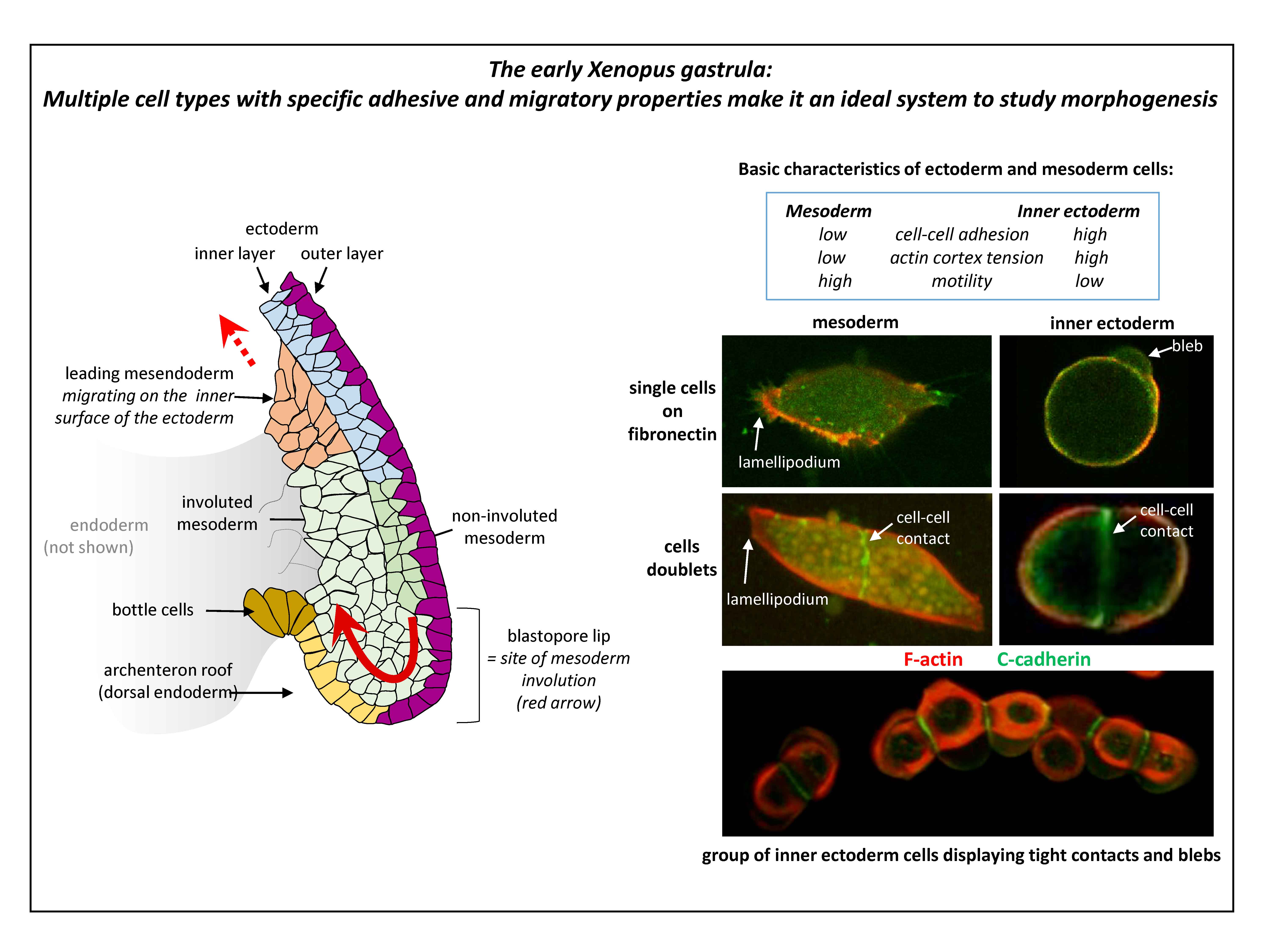 A fundamental property of animal and human cells is their ability to adhere to each other, which allows them to assemble into tissues and organs. The assembly of these multicellular structures during embryo development involves highly dynamic changes in cell-cell adhesion and cell migration that appear to rely on remodelling of the actin cytoskeleton and of its links with adhesion molecules. Our goal is to understand the cellular and molecular mechanisms underlying such remodelling events. We also study cell surface receptors that modulate cell adhesion and migration in response to direct contact with adjacent cells. We address these questions with a combination of live imaging, molecular biology, biochemical, biophysical and functional assays, as well as computer modelling. 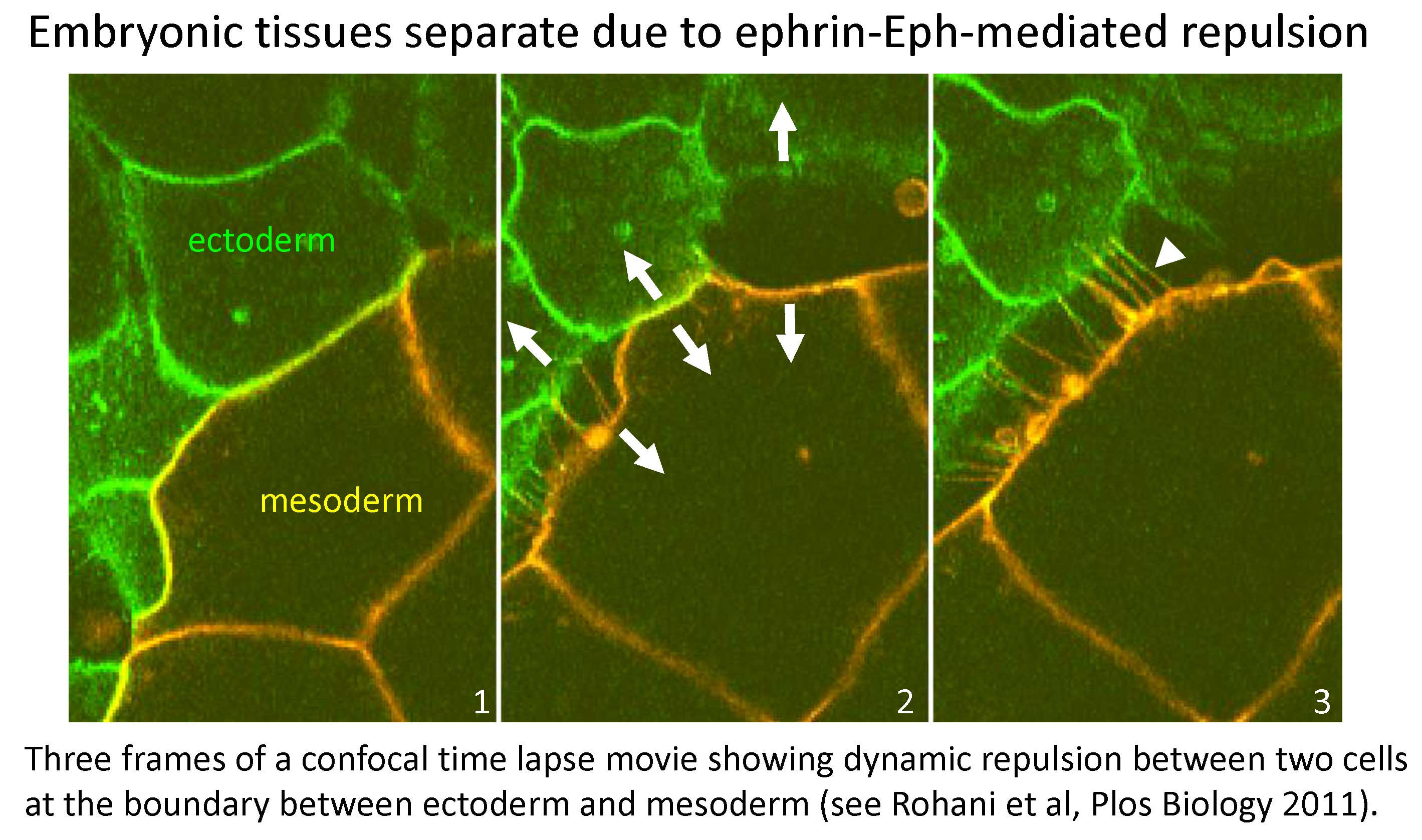 1) The answer to an old question: how are cells “sorted” to form separate tissues?

In recent years we have studied the formation of embryonic boundaries that delimit the newly formed tissues and prevent them to mix. This phenomenon, which is absolutely essential for proper development, was discovered almost a century ago, but until recently its cellular and molecular bases have remained unclear and highly controversial.

We found that this delimitation process largely relies on repulsive surface cues. Multiple members of the ephrin (Eph) and Eph receptor families act as a “tissue identity codes” that trigger local repulsive reactions at contacts between cells of two different types (for example, ectoderm and mesoderm, or later during gastrulation between dorsal axial and paraxial mesoderm).

Unlike single-cell migration on an extracellular matrix, cell migration within a tissue is poorly understood. We want to determine how cell-cell adhesion structures are dynamically remodelled during cell migration. We also investigate the regulatory mechanisms that regulate high or low cell motility within different tissues, particularly during gastrulation.

EpCAM is a tumour-associated protein and a well-known malignancy marker in carcinoma. It was long believed to be an adhesion molecule, but we have discovered that it controls cell adhesion and migration by an unconventional mechanism: it binds directly to and inhibits kinases of the protein kinase C (PKC) family that indirectly regulate contractility of cortical actomyosin. Further studies on EpCAM function and regulation will have a major impact on our understanding of its role in morphogenesis, tissue homeostasis, cancer development and metastasis formation. 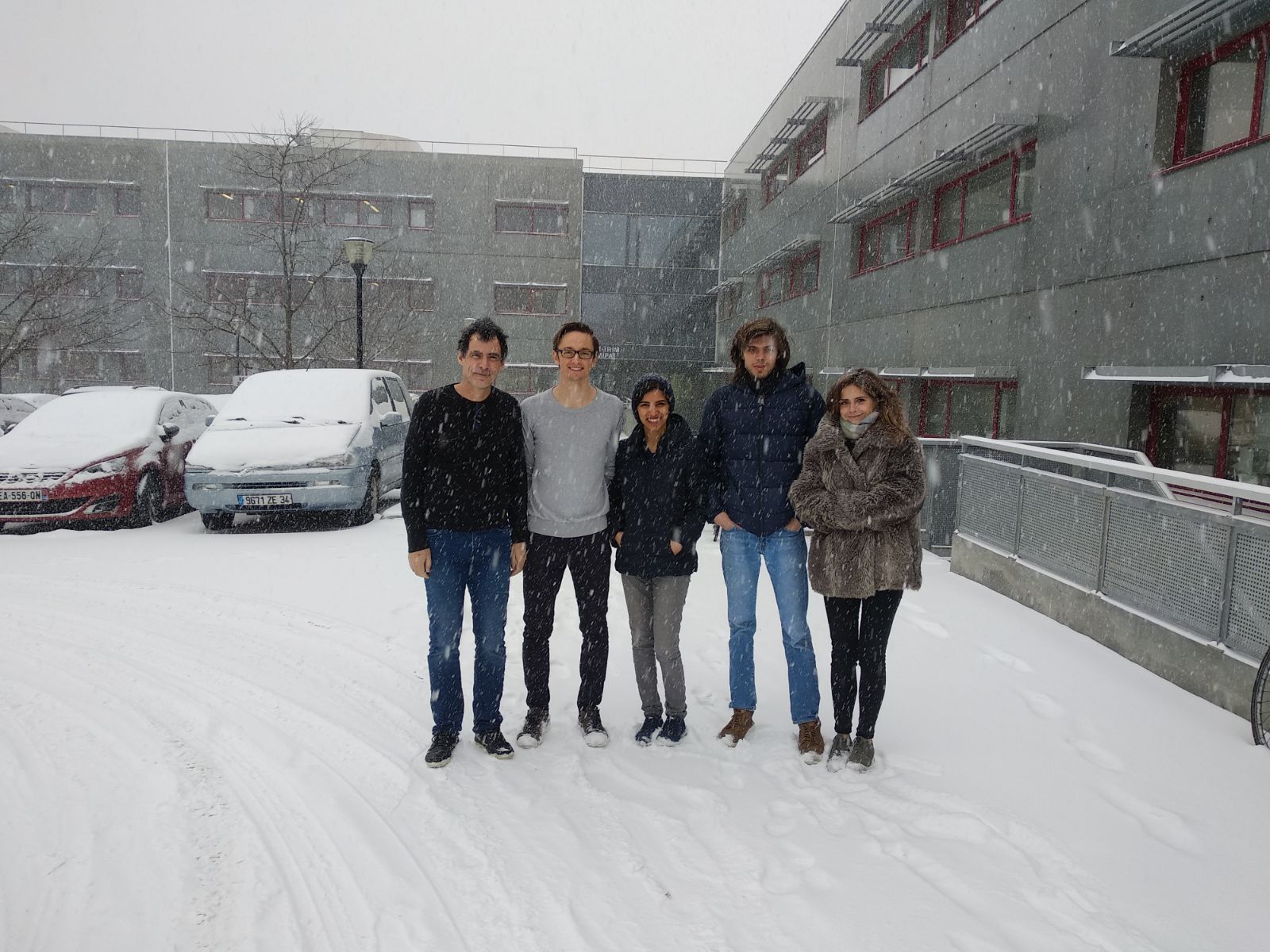